A seldom-used definition of the word "fat" is "the best, or richest part."

This is how a group of nine quite-slender classmates from the BSN class of 1965 came up with their now five-decade-old group nickname, “The Fat Nine.”

And though, after graduating, the nine spread hither and yon, they remained close, coming to know one another’s husbands, children—even grandchildren. They traveled together, attended reunions en masse, and supported one another during life’s ups and downs, convening regularly to mark anniversaries, birthdays, and retirements.

“Judy was always there for everyone: her students, her classmates, her family. We wanted to honor Judy’s dedication to educating nursing students. What better way to do that than to provide a scholarship for one?”

Rhea Strum, BSN 1965, member of the Fat Nine, who spearheaded the Judy Epps Scholarship in honor of her friend

So it was only natural that the Fat Nine rallied around member Judy Hutchinson Epps (BSN ’65)—a nursing teacher for more than 23 years—when she was diagnosed with Parkinson’s disease in 2014. Penning a letter to all their UVA classmates, and Epps’ family and friends, they created a one-time scholarship in her honor.

And by the time the fundraising was done, the group’s original goal—$1,000—had more than quadrupled, totaling some $4,500.

“Judy was always there for everyone,” says Rhea Mahan Strum (BSN ’65), one of the Fat Nine who spearheaded the effort. “Her students, her classmates, her family. We wanted to honor Judy’s dedication to educating nursing students. What better way to do that than to provide a scholarship for one?”

Epps’ lifelong passion was educating nursing students to be stellar caretakers and patient advocates. She taught at Stuart Circle Hospital in Richmond, Va., in 1968, then at J. Sergeant Reynolds Community College, at VCU Hospital after earning an MSN, and, finally, at Southside Regional Medical Center School of Nursing in Petersburg, Va., retiring in 2007.

Even today, Epps’ students still tell stories of her warmth and generosity.

“Whenever she had a student who was having a hard time, or felt homesick, she would invite them into her home,” says Strum. “Judy and her husband Pete treated them like their own children.”

For her part, Epps wished to ready her students for the hard parts of the profession, and taught resiliency long before it became a buzzword. In her classes, she had each of her students write down their nursing “why,” and stick it to their refrigerators at home because “there will be days you’ll want to quit, and you’ll need that daily reminder of why you wanted to become a nurse in the first place.”

“Words cannot express how honored I feel to have a scholarship recognizing my love for teaching nursing,” says Epps, who lives in Irvington, Va. “I loved teaching those young students and watching them grow into their nursing roles. Nursing isn’t a profession; it’s a way of life.” 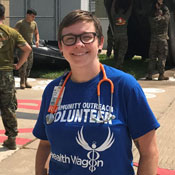 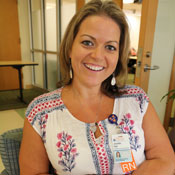