Though clad only in a hospital gown and separated only by a curtain, the two patients in their hospital beds couldn’t be more different.

One, feeling mostly fine after a bad fall back at home, is cordial, uncomplaining, almost soothing as the hum and whir of monitoring equipment. The other, however, is nearly frothing with frustration, irate that these two UVA nursing students have, yet again, woken him up to inquire after his pain, discomfort, personal habits, and needs.

“How,” he seethes, “am I supposed to get better if you keep on coming in and waking me up? Can you PLEASE JUST GET OUT?”

“It makes it real. We practice on each other in class, but this looks like a real hospital room and you get to talk to real people. It’s intimidating, but so valuable.”

It’s the students’—Madison McMahon and Shannon Higginbotham, both in their second year—first encounter in the School’s 9,500-square-foot Clinical Simulation Learning Center, where clinical professor Donna Bindig and simulation director Ryne Ackard organized this lesson on strategies to approach patients. While McMahon and Higginbotham are admirably compassionate against the verbal assault, assuring the overwrought patient that they understand his distress, they’re nearly breathless once they tumble into the hallway outside his room where Ackard is waiting.

2X
The Sim Lab's space will nearly double to 18K square feet, thanks to the Conways' gift

“Some patients,” Ackard advises, “simply won’t ever be consoled, but it’s still important that you acknowledge their feelings, and maintain your composure. You both did very well, and under tough circumstances.”

The young women laugh, thank him, and, chuckling together, head back to class to debrief.

“It makes it real,” says McMahon, 19, of Winchester, Va. “We practice on each other in class, but this looks like a real hospital room and you get to talk to real people. It’s intimidating, but so valuable.”

It’s another typical day in the sim lab where nursing students practice and hone their skills. But thanks to an extraordinary gift from philanthropists Joanne and Bill Conway, which will double the sim lab’s available space, UVA’s undergraduate nursing program will, for the first time ever, be able to strategically expand in atypical ways.

It’s all part of the Conways’ vision of helping educate more than 1,000 new nurses over the next decade. Construction begins this coming summer.

“The key of expanded simulation capacity will open many doors to increased enrollment at the School, and we anticipate it will give us the flexibility to grow enrollment in other ways, too, in the future.”

The sim lab’s expansion will cost little over $3 million, Ackard says, and includes expanding the footprint from 9,500 square feet to nearly 18,000, the purchase of several new high-fidelity mannequins, and an additional simulation staff member to conceive of, test, and execute evidence-based simulations in concert with nursing faculty.

The physical expansion will also allow the School to lean more heavily on simulation in an era when clinical placements with preceptors at local and regional hospitals are increasingly precious, and sometimes hard to come by. Currently, UVA School of Nursing students fulfill just 10 percent of their required clinical hours through simulation, due to the space and time constraints, and the balance with preceptors on hospital units, in clinics, and at social services agencies. Thanks to the Conways’ gift, the nursing students will be able to complete up to a quarter of the clinical hours they need in the sim lab.

Studies have already shown that simulation is a powerful way to hone both beginning and advanced practice nurses’ skills. A landmark 2014 study found no measurable difference between those who’d spent half of their clinical hours learning in simulated versus real scenarios.

At UVA, an expanded sim lab also affords more opportunities for the more than 86 percent of students who, in a typical year, get turned away from the BSN program, many of them exceptionally qualified.

“The key of expanded simulation capacity will open many doors to increased enrollment at the School,” asserts Christine Kennedy, professor and associate dean for academic programs, “and we anticipate it will give us the flexibility to grow enrollment in other ways, too, in the future.”

Beyond the sim lab’s expansion, the majority of the Conways’ gift will expand two key programs: the RN to BSN, a part-time program for working nurses; and the accelerated transfer program, for students who will join the BSN program as third-year students, transitioning in from within UVA or from community colleges’ nursing programs around the state.

Nearly $9 million will support RN to BSN students, and usher in two new sites where the mostly online program’s convenient monthly in-person classes will convene. In addition to Charlottesville, the Richmond site opens this fall; by 2021, a site in Northern Virginia will open as well.

The Conways’ gift is expected to at least triple the current size of the RN to BSN program, which has already seen unprecedented growth due to its transition to a largely online curriculum.

Another $8 million in funds will establish the accelerated BSN pathway, offering scholarship support for transfer students who are ready to transition into a baccalaureate program. Students enrolled in this group will join the School’s roughly 100 traditional BSN students in their third year.

Expanded spaces, expanded opportunities: It’s all part of a vision that will herald in a new era of access and affordability long overdue, as well as an infusion of caregivers in a healthcare system that desperately needs them.

“Joanne and I believe that increasing the number of nurses in our nation is a lasting solution to the chal­lenges facing our health care system,” Bill Conway says. “We are honored to partner with the UVA School of Nursing to open doors to more students pursuing careers in nursing, and to significantly increase the number of BSN-prepared nurses across the nation.” 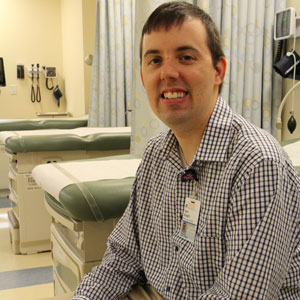